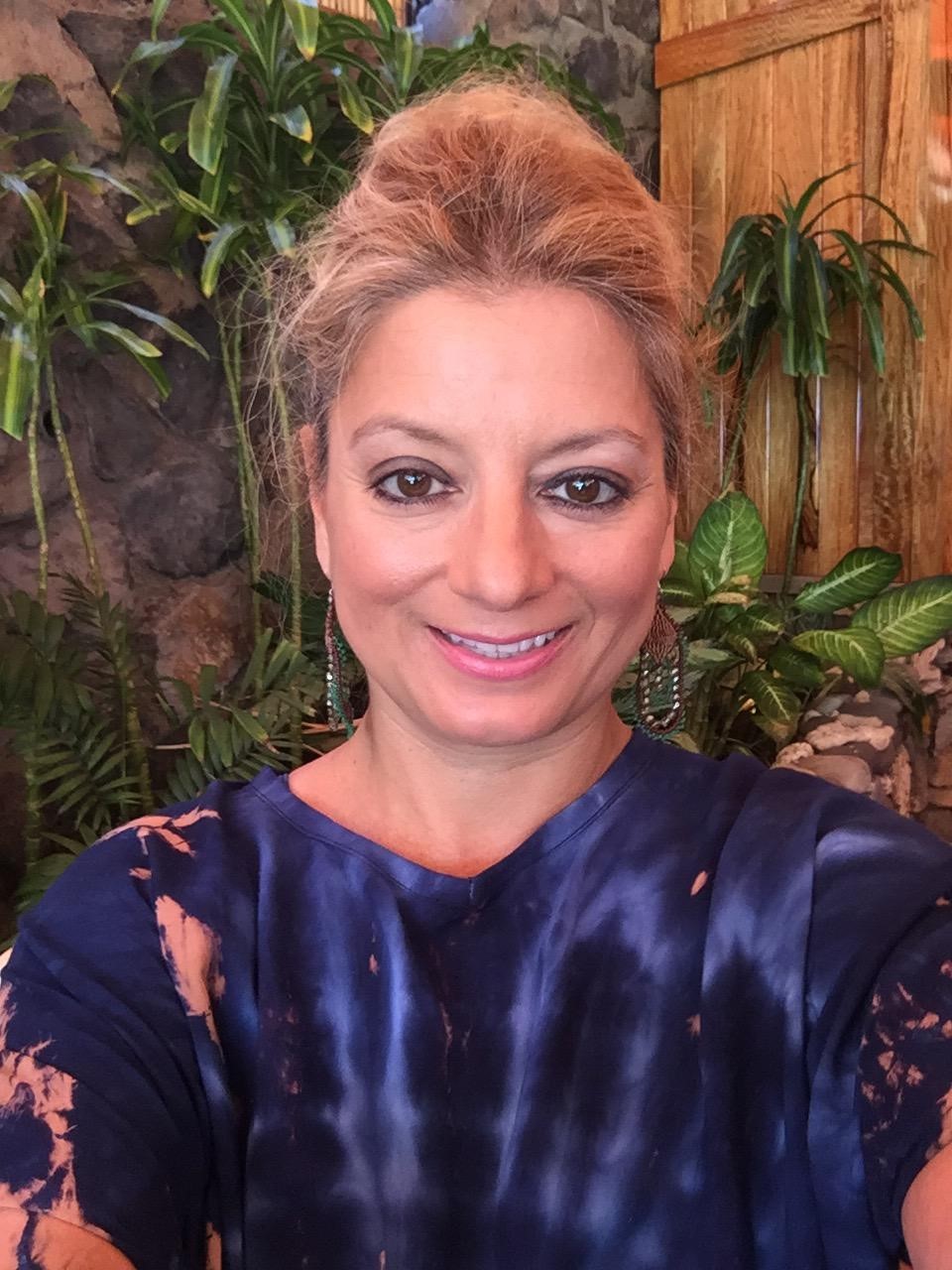 Pamela Dole has lived in Hawaii since 2010.  She came to us with a background in the Hospitality industry.  She worked on a cruise ship that sailed the Hawaiian Islands.  She met her husband on the cruise ship and together they helped manage a Bed and Breakfast in Haiku, Maui in 2012.  In 2013 they moved to a ski resort in Crested Butte, Colorado where she held a Hotel Management position.  While  in Colorado, she began to experience health issues.  After seeking medical advice, there was no real diagnosis or explanation.

She decided to seek the help of an Acupuncturist and had positive results.  It was then that her interest in Holistic Healing really began.  As beautiful as the Rocky Mountains were, Maui was calling her back. She and her husband moved back to Maui in 2017.  Little did she know that her career path was about to take an extraordinary turn as she began taking responsibility for her own health.  After researching and experiencing with Liver Flushes, Cleansing/Detoxification, Kidney Cleanses & Hydro Colon Therapy, she was motivated on a path towards health & vitality.  She discovered the common denominator to all types of cleansing was the recommendation to flush the colon. She finally began to understand her body in a way that made sense.

The results have been so powerful that it fueled her desire to become a Certified Colonic Therapist (CCT). She feels a sense of responsibility to her clients which is why she chose the Maui Holistic Garden Center (MHGC).  Because of the experienced team, the exceptional sanitation standards and her belief that the Woods Gravity system as the most effective colonics method, MHGC has become her second home.  She knows first-hand how confusing and frustrating the current health climate is which is why she continues to share her story in hopes to inspire truth and wisdom to her clients.

She maintains it’s the best feeling to be doing something that involves helping others. Her message is simple, “Along with lifestyle changes, the combination of cleansing and colonics is the key to a healthier you.”